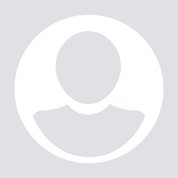 I have been a Science Teacher for 8 years and during that time developed a passion for STEM starting with an after school club designed to promote learning while having fun. This became very successful, leading to a STEM Co-ordinator post before launching my own company, STEMtastic! STEMtastic aims to help school develop a successful and sustainable STEM initiative to their curriculum as well as running STEM based holiday clubs and workshops for home educators, as featured at the Big Bang Fair.

Awards: Nominated for Most Dedicated Teacher at STEMNET awards, 2011- Reached the top 3! Best STEM Club in the West Midlands - 2011 & 2012. With years of teaching experience I launched STEMtastic in 2014. STEMtastic has run workshops for PGCE students at the University of Warwick, the National and Regional Big Bang Fairs. I have produced resource banks for schools, run science weeks for primary schools and designed and delivered after school clubs too!